The bills (H.R. 1339 / S. 641; and H.R. 1666) would authorize (to start) roughly $300 million for advertising to the public, training navigators, educating health professionals, establishing a national supervisory board, and promoting research, all with the goal of replacing standard care with palliative care (symptom treatment and hospice) for sick people, in lieu of costly life-saving treatments. 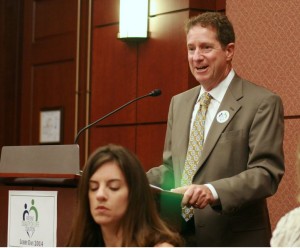 Veteran lobbyist Dick Woodruff explained why the urgency:  “Because these people who have these illnesses . . . are the ones who are driving healthcare costs more than anybody else . .  if we can figure out a way to manage their care, we can make life better for them, but then save the system money. . . .  [These bills] could have major returns over the next 25-45 years.” [my emphasis]

Woodruff, who served as chief of staff for Rosa DeLauro (of EMILY’s List fame), and later as senior legislative advisor for the leftist organization Alliance for Justice (their mission is to smear conservative judges), has been the American Cancer Society’s lobbyist for the past six years.  He and the “Cancer Action Network” made passage of Obamacare their first priority. 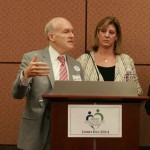 The scene on July 23rd was a love-fest for the Michael Schiavo branch of right-to-die and the E.J. Dionne wing of American Catholicism.

Diane Meier was there.  She is the doyenne of palliative care who in 2010 re-defined pro-life and stuck it to the Bishops when she tweeted:  “How pro #hcr nuns differ from Catholic bishops — a question of what it means to be genuinely prolife thru #hcr.”  Meier linked to the E. J. Dionne piece, “On Health Care, Listen to the Nuns.”

There’s a photo of Sean Morrison (friend of assisted suicide), whose enterprise stands to win millions in funding for studies involving dying patients.

Catholic healthcare’s Supportive Care Coalition (SCC) — a key player in the PQLC — sent a large contingent of lobbyists.  SCC is responsible for pushing the controversial end-of-life form POLST into many Catholic hospitals, along with a number of training programs that perpetuate the myth of burdensome ordinary nutrition and hydration. 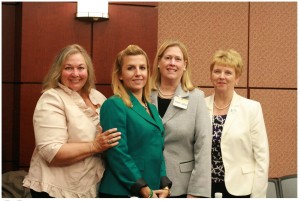 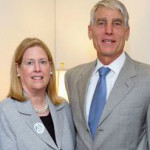 “We see [Enroll America] as a positive partner as we move forward to enroll people across the country,” Scanlon said.

Lobbyists also met with Pennsylvania representative Mike Doyle.  You might remember Doyle as the one who helped the Obama administration put together a deal with his friend Bart Stupak.

Here is the latest tracking information on the bills: